Harley Quinn is a (US) American Animation TV show created by Patrick Schumacker and Justin Halpern and Dean Lorey release on: 11/29/2019 with: Kaley Cuoco AS Harley Quinn (voice), Lake Bell AS Poison Ivy (voice), Diedrich Bader AS Batman (voice), Alan Tudyk AS The Joker (voice) aired on the network ( channel) of : DC Universe. This TV series has 1 seasons and 2 episodes that you can watch online , Harley Quinn received a note of: 9 / 10 from more than 2 fans

Harley Quinn has finally broken things off once and for all with the Joker and attempts to make it on her own as the criminal Queenpin of Gotham City.

These platforms offer you to watch the TV show Harley Quinn online on streaming which means directly on your PC, Smartphone or tablet with very competitive and sometimes even free offers. With SD ( standard), HD ( high definition) 1080 P video quality and even ultra-hd or 4k for some offers. 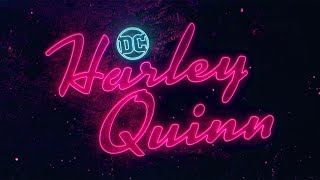