IN : Western TV Shows By : tvshowman

Wynonna Earp is a ca Western TV show created by Emily Andras release on: 04/01/2016 with: Melanie Scrofano AS Wynonna Earp, Tim Rozon AS John Henry "Doc" Holliday, Dominique Provost-Chalkley AS Waverly Earp, Katherine Barrell AS Nicole Haught aired on the network ( channel) of : Syfy. This TV series has 4 seasons and 37 episodes that you can watch online , Wynonna Earp received a note of: 6.5 / 10 from more than 135 fans

Wyatt Earp's great granddaughter Wynonna battles demons and other creatures with her unique abilities and a posse of dysfunctional allies - the only thing that can bring the paranormal to justice.

These platforms offer you to watch the TV show Wynonna Earp online on streaming which means directly on your PC, Smartphone or tablet with very competitive and sometimes even free offers. With SD ( standard), HD ( high definition) 1080 P video quality and even ultra-hd or 4k for some offers. 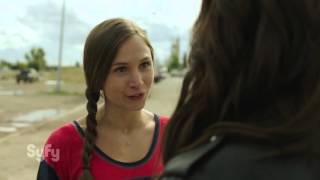 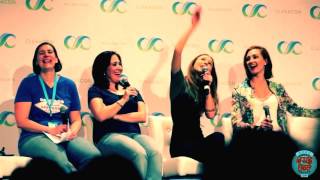