Falling Skies is a (US) AmericanTV show created by Robert Rodat release on: 06/19/2011 and is ended on: 08/30/2015 with: Moon Bloodgood AS Dr. Anne Glass, Drew Roy AS Hal Mason, Connor Jessup AS Ben Mason, Will Patton AS Captain Daniel 'Dan' Weaver aired on the network ( channel) of : TNT. This TV series has 5 seasons and 52 episodes that you can watch online , Falling Skies received a note of: 6.5 / 10 from more than 388 fans

Falling Skies opens in the chaotic aftermath of an alien attack that has left most of the world completely incapacitated. In the six months since the initial invasion, the few survivors have banded together outside major cities to begin the difficult task of fighting back. Each day is a test of survival as citizen soldiers work to protect the people in their care while also engaging in an insurgency campaign against the occupying alien force.

These platforms offer you to watch the TV show Falling Skies online on streaming which means directly on your PC, Smartphone or tablet with very competitive and sometimes even free offers. With SD ( standard), HD ( high definition) 1080 P video quality and even ultra-hd or 4k for some offers. 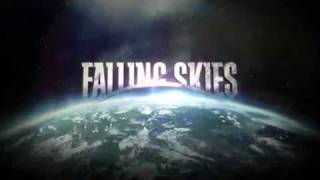