Gold Rush is a (US) AmericanTV show release on: 06/19/2011 with: Paul Christie AS Narrator, Todd Hoffman AS Himself, Parker Schnabel AS Himself, Jack Hoffman AS Himself aired on the network ( channel) of : Discovery. This TV series has 9 seasons and 184 episodes that you can watch online , Gold Rush received a note of: 6.5 / 10 from more than 70 fans

Follow the lives of ambitious miners as they head north in pursuit of gold. With new miners, new claims, new machines and new ways to pull gold out of the ground, the stakes are higher than ever. But will big risks lead to an even bigger pay out?

These platforms offer you to watch the TV show Gold Rush online on streaming which means directly on your PC, Smartphone or tablet with very competitive and sometimes even free offers. With SD ( standard), HD ( high definition) 1080 P video quality and even ultra-hd or 4k for some offers. 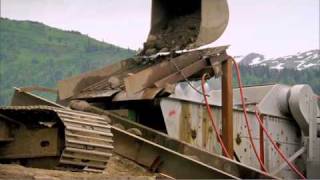 The Count of Monte Cristo

Sergeant Preston of the Yukon