Castle is a (US) American Drama TV show created by Andrew W. Marlowe release on: 03/08/2009 with: Jon Huertas AS Javier Esposito, Nathan Fillion AS Richard Castle, Stana Katic AS Kate Beckett, Seamus Dever AS Kevin Ryan aired on the network ( channel) of : ABC. This TV series has 8 seasons and 173 episodes that you can watch online , Castle received a note of: 7.4 / 10 from more than 501 fans

After a serial killer imitates the plots of his novels, successful mystery novelist Richard "Rick" Castle receives permission from the Mayor of New York City to tag along with an NYPD homicide investigation team for research purposes.

These platforms offer you to watch the TV show Castle online on streaming which means directly on your PC, Smartphone or tablet with very competitive and sometimes even free offers. With SD ( standard), HD ( high definition) 1080 P video quality and even ultra-hd or 4k for some offers. 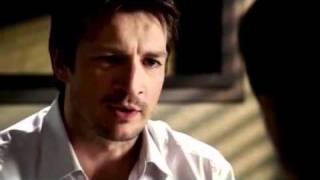 Beauty and the Beast

Homicide: Life on the Street